I wasn’t going to take part in the grand Japanese beauty versus Korean beauty debacle of 2018, because how much more can you beat this very dead horse?

To any thinking person with even the most basic reading and comprehension skills, it’s obvious that the whole thing started as a PR stunt to promote some non-name quasi-Japanese brand. Yet, K-beauty cheerleaders jumped on the cause with the zeal of religious converts and burning with righteous anger tried to convince the masses that K-beauty is great (some of it is), that it’s been around for as long as J-beauty (nope, no matter how you slice it, not true) and that the future belongs to skincare innovations coming from Seoul, not Tokyo (probably because they can’t read Japanese studies or press releases).

Now, let’s get a few things straight. I am a fan of K-beauty. Well, of some of it. There are great products made in Korea, that much is true. Just as there are great products made in France, or made in the US. Or made in Japan. But there is just as much junk made in those countries. No one place holds the answer to the eternal quest for the fountain of youth (apart, perhaps, from your plastic surgeon's office).

Yet despite being a fan of high quality K-beauty products, I prefer to use Japanese skincare. Why? Convenience. I live in Japan. It makes sense that I would use what is easily available. Having said that, I am all about equal opportunity when it comes to bitching. And that brings us to the sheer stupidity of the entire K-beauty versus J-beauty issue. So let's bitch a little.

If you have been living under a rock in a galaxy far, far away, this is the CliffsNotes version.

K-beauty blogebrities and assorted fangirls jumped to defend Korean skincare and cosmetic products, sometimes talking utter nonsense, because apparently googling dates and historical facts in a language you don’t understand is too much effort.

But, let's start at the start.

And it all started back in 2017 with this article in Cosmetics Business - link, which was clearly intended to promote certain brands in a quasi-objective manner.
That in turn led to two different stories.

One in Vogue UK produced this quote:


“K-Beauty is all about the razzmatazz - Instagrammable products and routines, extremes like 10-step regimes, glass skin… All with cute and clever packaging, backed up by serious formulations. In contrast, the Japanese approach to beauty is more about tradition, a quiet seriousness, understated luxury and played down presentation reinforced by a long heritage in beauty.” says Anna-Marie Solowij, a BeautyMart co-founder.


And all hell broke loose.

Anna-Marie Solowij apparently used to be an actual award-winning beauty journalist with over 25 years experience, even becoming the beauty director of British Vogue. Which only proves that you can make money doing something you are only vaguely familiar with. (This is going to become a trend, keep reading!)

These days she runs something called BeautyMART, which is supposed to be “a unique place to learn more about beauty, get insider advice and top tips from us and our industry insider friends, as well as a place to shop for innovative beauty products.”

This is a woman who actually thinks that Fairydrops mascara is a hit in Japan. Newsflash, it’s not. Apart from Fairydrops, her knowledge of Japanese beauty seems to be limited to several DHC products and Daiso exfoliating towels.

Here’s the selection of what this expert thinks is the best of Japanese beauty - link. 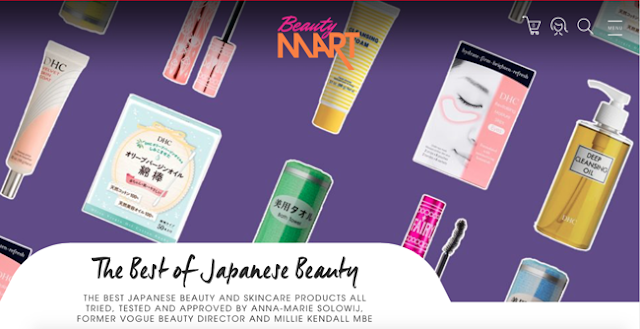 Yes, try not to laugh too hard.

Around the same time, another clearly sponsored piece appeared, this one in The South China Morning Post - link, by one Funmi Fetto, who clearly believes every piece of PR that lands on her desk. But you’d expect nothing less from a Vogue UK contributing beauty editor, right? Do you see a pattern here? Is Vogue UK the hotbed of stupid? It seems so.

In The South China Morning Post article Ms. Fetto goes on a drivel spree showing just how little she knows about Asian beauty markets, trends and products. But clearly that small fact was not going to stop her from writing a story about it. This seems to be a common pattern among beauty editors, doesn’t it?

And while we're on the topic of Fairydrops -

Dear Funmi, Fairydrops mascara is not, and never has been, a best seller in Japan. It’s actually quite mediocre. There are better choices.

In case you’re not aware (and from your work I see that indeed you’re not), there’s something called @cosme in Japan. They do twice yearly rankings of best products. Wow! Can you believe that? Actual rankings by actual Japanese people! Magic!

Next time you get a PR blurb, go and check how it compares with the listings of the most popular beauty products in Japan. Here you have the best mascaras of 2017. You’re welcome! xoxo :-)


Those two stories provoked a riposte in Beautytap (formerly known as W2Beauty) where the columnist does her best to prove that K-beauty has been around for centuries, in the process confusing traditional beauty practices and the establishment of actual commercial production. But history… so hard…

And that should have been the end of it. Yet, instead of fizzling into oblivion, this imaginary K-beauty versus J-beauty feud lives on. A new crop of articles about the superiority of Japanese beauty keeps appearing every few days. That's in part thanks to Victoria Tsai, the CEO of Tatcha, who smelled a chance to get her face in the news again and promote her brand. 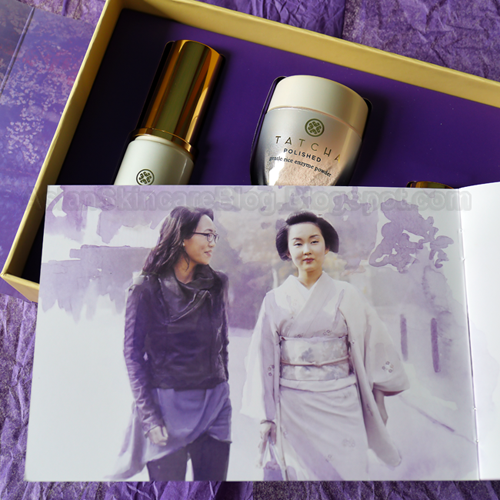 Our favorite Chinese-American who owns a company headquartered in San Francisco that makes beauty products that are not even sold in Japan, seeing a great PR opportunity, sprung into action. I guess Tatcha’s sales must be really down, since Ms. Tsai is so desperately whoring for attention these days.

Apart from this “Japanese brand based on the beauty secrets of geisha”, the other name repeatedly pushed in these PR pieces (because let’s not kid ourselves, that is what all these fluffs with affiliate links are) is Adsorb. 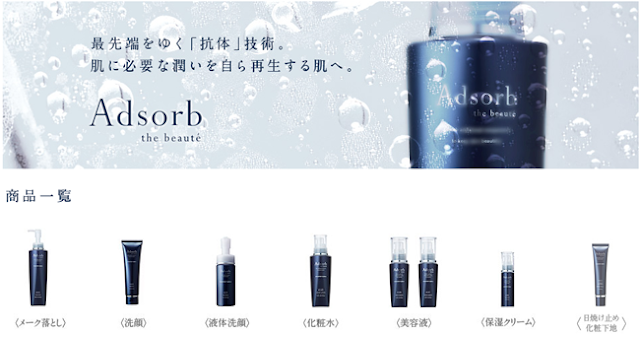 Adsorb, made by Zeal Cosmetics is a brand that started in 2011 (OMG, it's not ancient and time-honored! Go and commit sudoku NOW!) and which is apparently all the rage in Japan, while being sold only via salons and professional beauty clinics.
Translation - nobody on the street really heard about it. The very limited number of reviews on @Cosme only confirms that.
But I digress.

However, in the most recent piece defending the virtues of Japanese beauty products, two new talking heads appeared: the founder of Surratt Beauty and the esteemed Frances Grant, the senior vice president of marketing for Shiseido America.

The utter nonsense they spewed in this Fashionista piece was what finally convinced me to speak up.

Everybody knows that Ms. Tsai will say whatever bullshit she can to plug Tatcha’s magical connections to ancient Japan. Because geishas and kabukis and sacred rituals and time-honored traditions… All of it is pure, undiluted, piled higher and deeper marketing BS. And anyone who believes in magical Japanese rituals is a gullible idiot who deserves the overpriced mediocrity that is Tatcha.

For the same money you can have Sulwhasoo, people...

The entry of Troy Surratt, the founder of Surratt Beauty, into the game of "let's defend J-beauty" peaked my interest. Once upon a time I even considered ordering some of his products, but eventually decided against it. I can go to any department store locally and buy better stuff for less money.

I know Mr. Surratt thought it would be a good opportunity to promote his brand, and he is trying, bless his heart.
But saying things like:


"While so many of the Korean products were whimsical and appealing in their cheekiness and playfulness, I think that globally we're taking on a more serious tone — people are looking for substance and integrity,”

just shows how uninformed he is about K-beauty.


Mr. Surratt should stick to applying makeup, because apparently that is the only thing he is good at. It’s clear that he is only familiar with the packaging of low end Korean mass market products intended for teens and compares them with high end Japanese cosmetics. The key word here being - packaging. 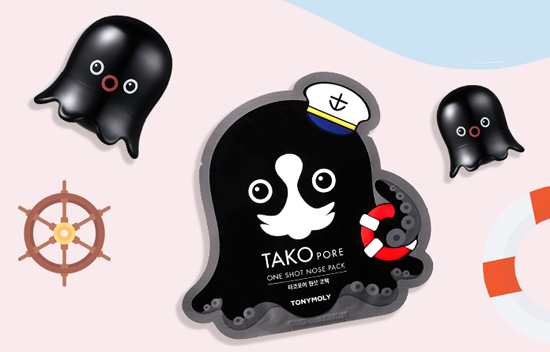 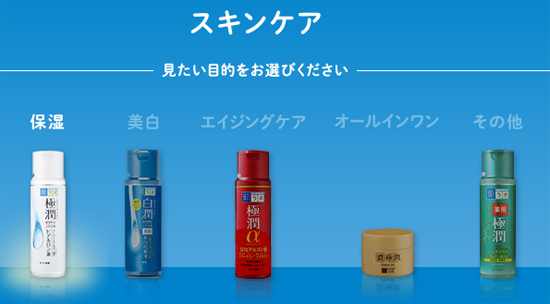 That actually seems to be the main issue in this whole debacle. The original K-beauty vs J-beauty story did exactly the same - compared flashy Korean packaging to selected boring-looking Japanese products.


“The Japanese are so honorable as a culture that if they are making a skin-care claim, they have the research to back it up. They would never make a claim that was dishonest or too lofty.”

Poor child, in his pursuit of quality, he apparently never visited a normal Japanese drugstore and looked at normal drugstore products. Or, he simply is an idiot. Otherwise he would have known that just as anywhere else in the world, Japanese drugstores are full of products with too lofty claims. That's what advertising and marketing people get paid for, right?


This type of clickbaity nonsense can be expected from a no-name wannabe beauty journalist, or even a former Vogue UK beauty editor, apparently. Or even a makeup weeabo like Mr. Surratt. This level of ignorance seems to go with the territory. But when a beauty professional echoes similar sentiments, then you just start laughing.


Enter Ms. Frances Grant, who is the senior vice president of marketing for Shiseido America. Judging by what Ms. Grant says about K-beauty and J-beauty, it’s clear that Shiseido will hire just about anyone these days. 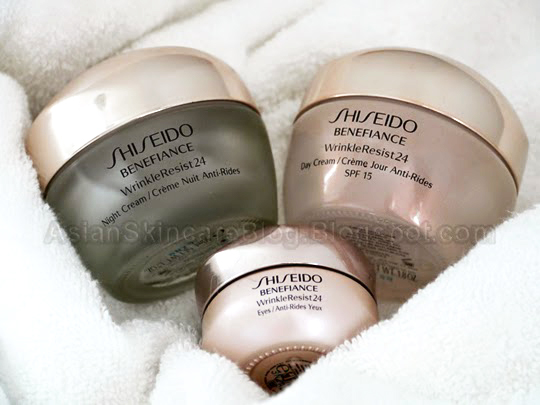 
“In comparison to Korean beauty, which is known for its fun packaging and of-the-moment formulas and colors, J-Beauty is centered around quality manufacturing, understated opulence, and groundbreaking science and technology.”


Yes, this quote came from someone who is an "expert" in the industry. I told you that "dumb things beauty pros say" was going to be a trend, didn't I?

Ms. Grant, you're clearly in over your head here and have zero clue what you’re talking about.

Are you even aware that one of the sub-brands from your company, Shiseido’s own Majolica Majorca, is the drugstore leader in Japanese “fun packaging and of-the-moment formulas and colors?” Or that Shiseido’s Maquillage line is a serious contender for the "cheap plastic gaudiness and trailer park glam" award?
I guess not. 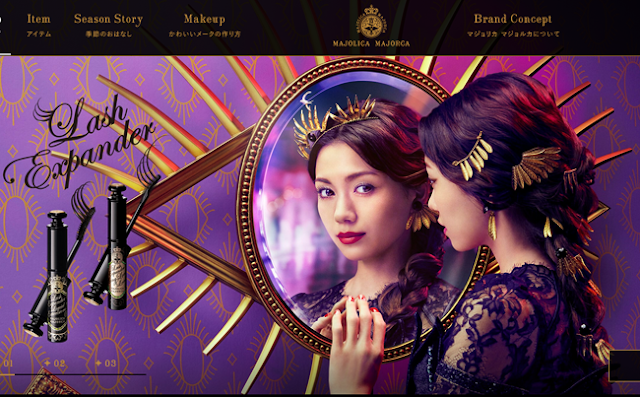 And isn't Ettusais a Shiseido brand as well? 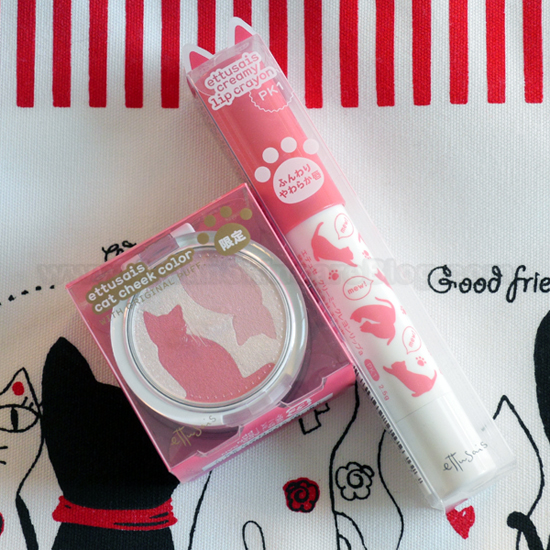 Well, wouldn't you know it! It is!

Not only doesn't Ms. Grant know what the Japanese branch of her company produces, it also must have been a while since she visited a Japanese drugstore, otherwise she would have noticed brands like Canmake and Sweets Sweets that are doing their best to outdo Korea in the cuteness department. 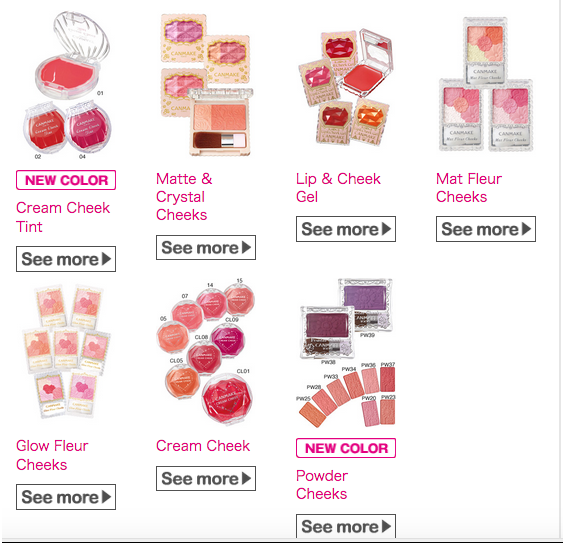 She also seems unfamiliar with such Japanese beauty staples like Jill Stuart, Anna Sui and Les Merveilleuses LADURÉE, which would give any Korean brand a run for its money in the fun and spur of the moment anything. Understated opulence my ass. 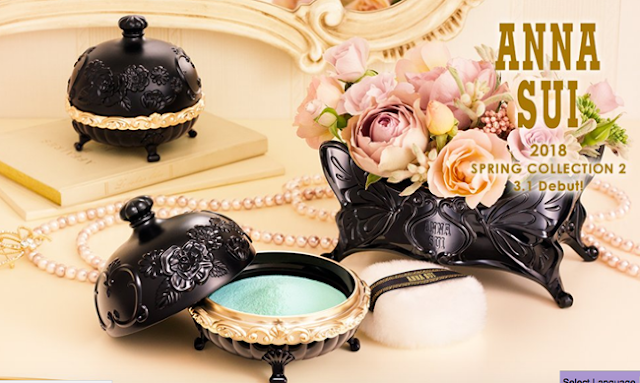 In short, Ms. Grant, as the American VP of marketing for Shiseido, a leading Japanese beauty company and one of the oldest beauty companies in the world, clearly doesn’t know all that much about what Japanese cosmetics actually look like these days. 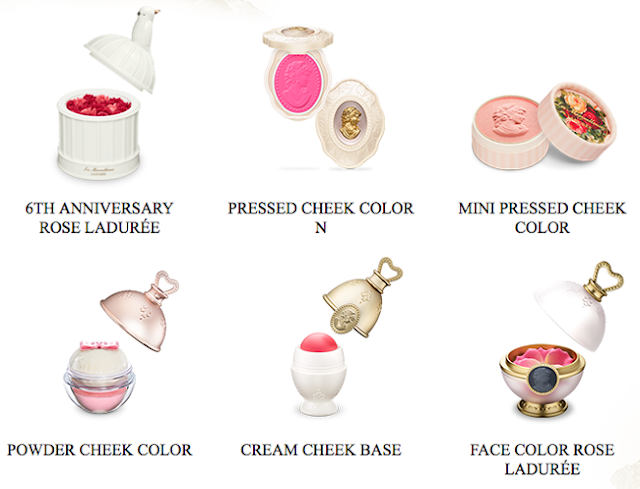 There you have it, folks. Sad, but true pitfalls of reducing one country's entire beauty industry to little more than packaging.

There's an ancient Japanese saying, full of time-honored Asian wisdom, passed down from one generation of geisha to the next, whispered in hushed voiced while practicing sacred beauty rituals and sipping green tea infused with the spirit of wabisabi.

Don't judge a face cream by its jar. Its beautiful jar. 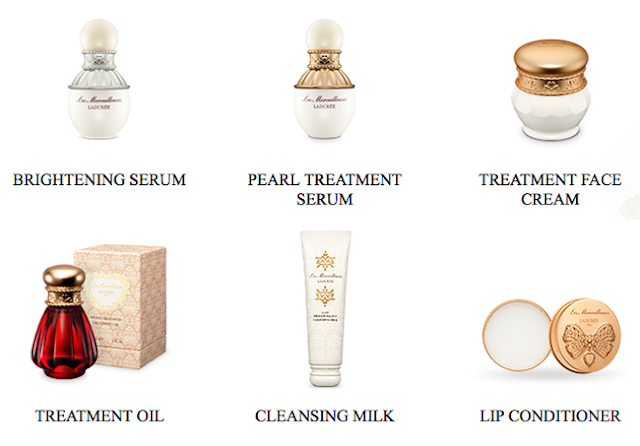