Every once in a while a product has been hyped so much that when it finally arrives, the expectations are quite high. And in extremely rare instances, the product actually lives up to all the hype.

This is not one of those stories.

Make-Remake Cloud All-In-One Cleanser 001 came to me in the November edition of Glossybox (Korean version). 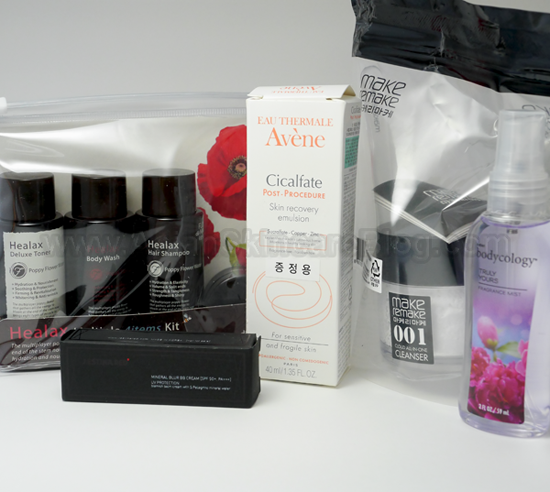 There were other things in the box as well, but they are not important (the BB cream was too dark and nasty, Avene I know and usually use as a hand cream, Bodycology spray was so vile that it was only good as a room freshener, and that mini-set of hair and body stuff I haven't tried yet).

What was important was that full size jar of Make-Remake Cloud All-In-One Cleanser 001. 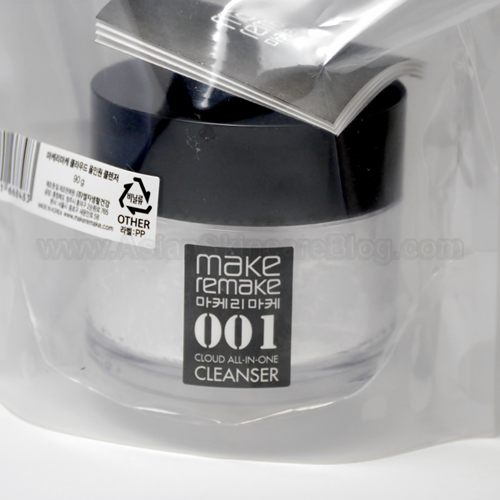 Make-Remake is a new brand from LG Household and Healthcare, the home of su:m37, The History of Whoo, Isa Knox, The Saga of Xiu and many, many others...
Yes, LG. No, it's not a typo. It's a huge company and they make all sorts of other things besides TVs and smartphones.

So... what's different about Make-Remake?
It's a brand that focuses solely on cleansing - face cleansing, body cleansing, hair cleansing. Haven't seen any feminine cleansers in the lineup, though, so if you're looking for that, you'll need to look elsewhere.

See this? It's not just any old cleansing, because "All MAKEREMAKE’s cleansers contain natural ingredients including Wheat Sprout Juice™ and Vital Grains™."


Hmmm... Whatever they are, they must be truly unique if LG had gone to the trouble of actually trademarking those godawful names... I know of a few things that sprout vital juices, but none of them are grains, or have anything to do with wheat...

The wheat and vital grains that they're talking about seem to be: lentils, oats, rye, and amaranth. 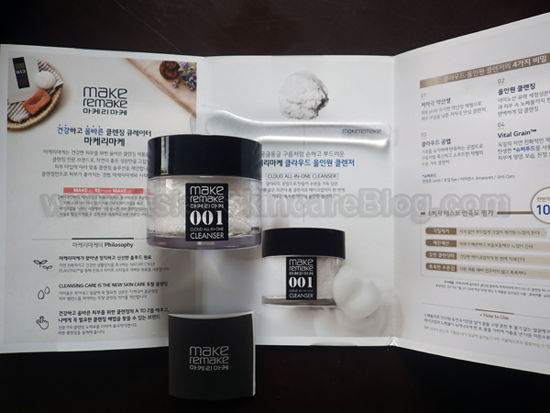 Make-Remake, or rather MAKEREMAKE, call themselves "cleansing curators". You'd think that if you're going to give yourself such a cheesy and pretentious title, at least you should be able to curate a half-way decent cleanser, right?

So, did the folks behind Make-Remake manage this feat, or not?

The answer is "or not" and I could end my review right here, right now.

And my initial plan was to do just that. But that was before Tracy from Fan-b posted her review of four Make-Remake products - link here.

Honestly, I thought that perhaps we each got a different cleanser.

But no, I checked the label, it says 001 on mine. You see, MakeRemake, in addition to horribly annoying, long-ass names, also very conveniently provides numbers for all their products. 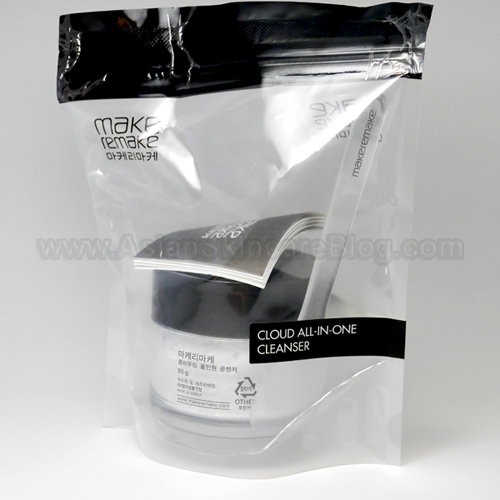 If you're seeing just a plastic bag, that's not because the box got damaged during transport. There is no box. All products come packaged in ziplock-type plastic baggies. Very convenient, nothing will get soaking wet if a bottle, or a jar, suddenly starts leaking.

Tracy said that Make-Remake Cloud All-In-One Cleanser was a good second step cleanser (to be used after makeup removal and oil or balm cleansing).

This is such a mediocre product that if I had purchased it on my own, I'd be furious at myself.
It doesn't cleanse, it couldn't remove the residue of DHC Deep Cleansing Oil, it wouldn't rinse, it left my skin feeling dry and stripped.

After a week of daily usage I could see that it was starting to break me out. I suspected the fact that it was so difficult to rinse off was the culprit. I had to follow it with yet another cleanser to make sure that my face was free of any Make-Remake residue. 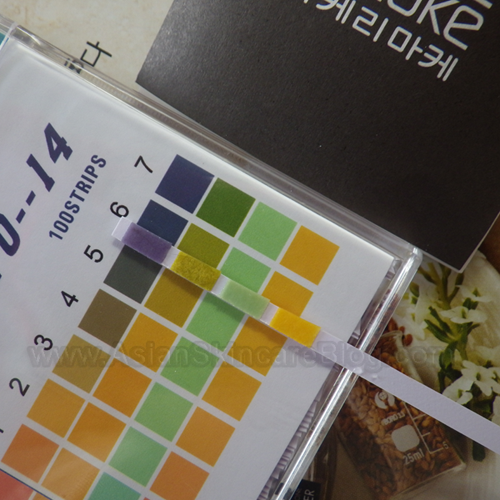 Despite its low pH (Tracy tested it as 5, as you can see in my photo, it looks more like pH6, incidentally, that's also the pH of our tap water), it left my face feeling dry and stripped. Following it with another cleanser (Minon Whip Wash) took care of those symptoms.

But sorry, I have no use for a cleanser that I have to follow with another cleanser... 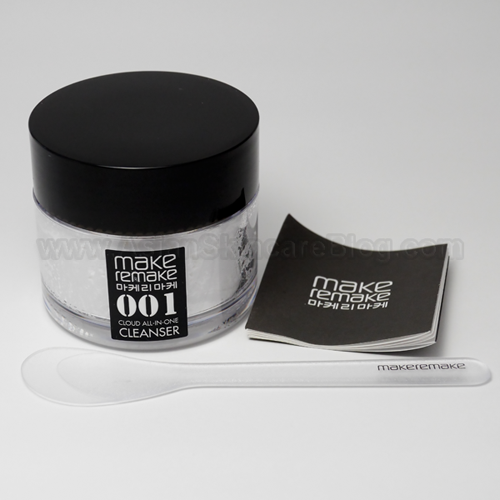 There was a spatula in the baggie, along with a Korean language leaflet.

The main selling points of this cleanser seem to be its texture and slight acidity (as per the blurb on the official page).
They call it "cloud", I call it "cottage cheese." Both start with "c", close enough for me. 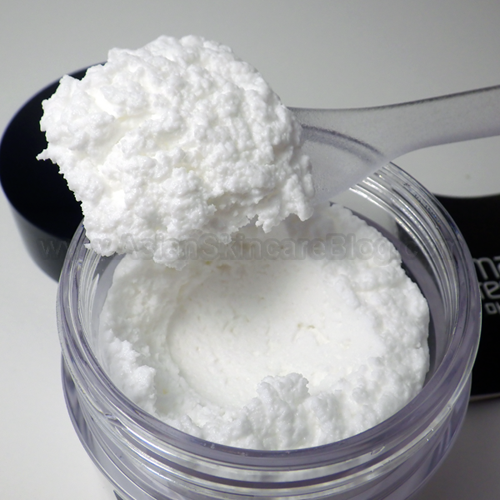 Yes, it's fragranced, however, my usually very sensitive nose was OK with this smell. To me it seemed like a clean, generic "cleanser" scent, if you know what I mean.

Is the texture really so novel and exciting? Outside of Asia - perhaps.
In Asia? No.
A few years ago we had a series of "ice cream" soaps, which were pretty much the same thing, except in cuter packages that looked like pudding cups. Smelled better too.

This cleanser is trying too hard. It wants to appear new and special and different. 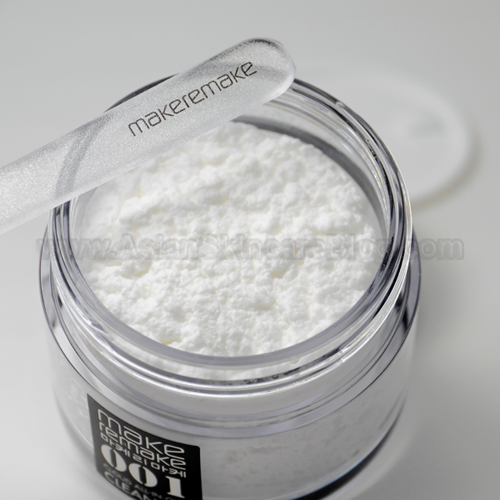 But ends up being quite meh.


What else should I tell you?


If you want to get your own jar, or purchase any other Make-Remake product, you will have to use a Korean buying service (like, for example Korean Buddy - this is NOT an affiliate link, and no, I haven't used this service, yet).

You can find a full assortment of Make-Remake products on LG's own beautymall page - link.

Will I be buying more from this brand?

Nah... Based on this cleanser, I am not interested.