I know that you visit this blog with surprising regularity, so today I'm going to tell you what I, and hundreds of other fans of your products, think.

The word on the street, or rather, on Instagram is that you already released two new cushions: 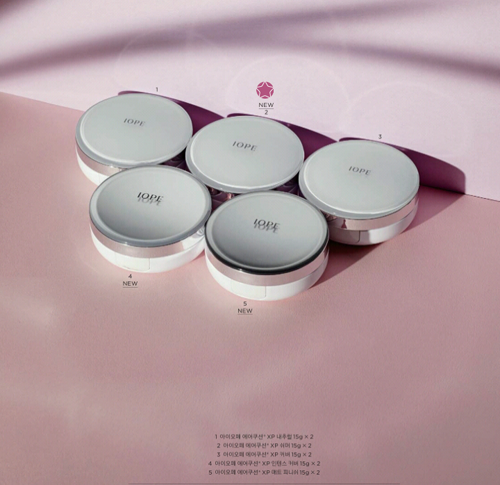 
That is very nice, and I am very happy for you.
It's great that you listened to your customers who wanted more coverage and who are not into Korean glow. That shows you are serious about expanding your business overseas. Why do I think so? It's no surprise to anyone that it's primarily Western women who adore matte finishes and love their heavy spackle.

I'm glad you listened to them and prepared products that will make them happy.
And as soon as I can get my hands on them, I will try them, too. Don't worry, my brutally honest opinion will appear here on the blog, as always.


OK, so it's clear you want to expand overseas, increase your sales in foreign countries and win new fans abroad.

So, I've prepared a few hints to make this process a bit easier for you.

Oh, wait! There's also a mythical shade number 13 (light vanilla), that is impossible to get anywhere outside of Korea. 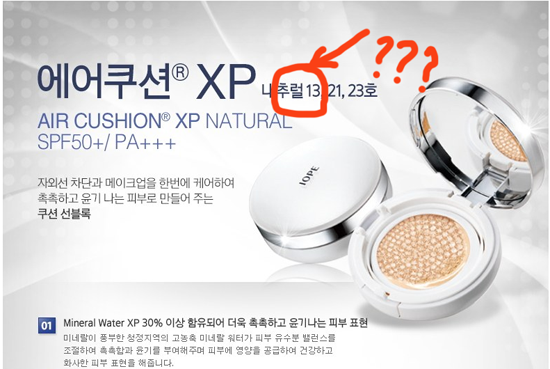 It's nice that you thought, well sort of, about lighter skinned people.
Though guess what?
Some of us are even lighter.
N13 is not going to be light enough.

And what about our sisters (and brothers!!!) from other mothers???
There are dark skinned people in the world, too. Plenty of them, in fact. And this shouldn't be news to you, but in case it is - they also use makeup!

Being from Korea, you should be well aware of this fact. And if you're not, just take a look at the American servicemen and women stationed in your country.

You want to expand your sales abroad?
Then remember that them foreign folks come in all shades, from super very light (like me), to dark (like this fabulous cushion lover).

2. Provide ingredient lists in English on ALL products for ALL markets.


I always thought that this one should be obvious, and that only Japanese companies (like SK-II and Shiseido) are that dumb.
Apparently, I was wrong.
You are not exactly the sharpest one of the bunch either, from a foreign consumer's point of view.

You put leaflets in your products with explanations in English, because we, dumb foreign folk, have never seen a cushion compact and thus need instructions how to use it in a language we can understand. Fair enough. 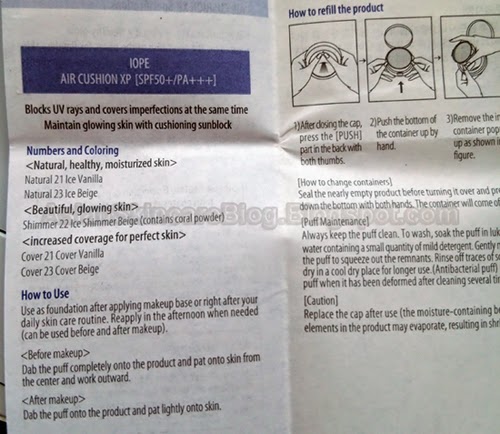 But if you are going to go that far, why not provide INCI as well?

Oh, and while we're at it, there's no mention on there of your mystical N13 and C13 shades?
The production date on the cushion this leaflet came from is listed as December 8, 2014.
So when exactly did this number 13 appear?


Anyway, back to the INCI subject...

I know that some of your brands provide ingredient lists in English in some markets. But why not in all? So if you can print it in English on a Laneige cushion intended for Singapore, or the US, why not for Korea as well?
What are we, in other countries? Chopped liver?
Do you honestly think that only Koreans shop in Korea? Really? Seriously?

Then you should definitely get out more. Take a walk in Myeongdong and see for yourself.

The irony of it is that your cheap brand - Etude House prints ingredient lists in English on their mass market products. Yet your higher end brands don't do that.

Or is this your secret plan for world domination by forcing the barbarian foreign hordes to learn hangul?
Some fans of Korean cosmetics do just that. But the rest of us actually have a life outside of K-beauty.

So, one leaflet, bilingual in Korean and English (yeah, add Chinese in there as well, I know you have to), with full ingredient lists in both languages, please.
You do that, and your sales will increase.
Why? Because there are plenty of women out there that would like to try a Korean cushion, but are afraid to try, because they don't know what's in it. And they are convinced by equally hangul-deficient "experts" out there that Korean cosmetics are dangerous.

If you don't have enough qualified staffers to translate ingredient lists, I can recommend this lady. She does a tremendous service to the K-beauty blogging community. If she can do it, surely a huge corporation like Amore Pacific should be able to, as well.


3. Use uniform color names across all markets.


This one should also be a no-brainer.
But apparently, not to you.
Why, oh why on earth do you change the cushion color names in the US?
You have no idea how much that hurts you.


It seems that you are indeed aware that darker skinned people do exist in the US, so you sell darker cushions there. And rightly so.
But guess what???
There are plenty of lighter people in the US, as well. Some are a lot lighter than you may think. It seems you are still stuck in the typical Asian way of thinking that Western women like to tan. Yeah, a lot of them do. But a lot of them don't. And a lot of them are naturally very pale. Very, very pale.
What about us?

I love cushions, but frankly, I'm stuck wearing turtlenecks on days when I want to use cushion makeup.
Offer us a variety of colors worldwide, and your sales will soar.
You won't have to worry about the next western brand releasing a cushion product, because you will be better.

(And I shall be looking for this pink unicorn of yours. I mean for the N13 cushion.)